Hello there! I am

i'm a UX and Visual Designer 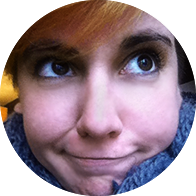 Passion. Dedication. Determination.Keen on exploring life and learning about different cultures and their reactions and interactions I’m passionate about putting my perceptions to professional use. Visualizing my ideas across media and platforms the Adobe Suite is a constant companion along side with the common UX tools and HTML/CSS knowledge. With various opportunities to broaden my knowledge about user experiences and visual design I strive to grow with challenges and a enhance my skills through collaborations. My desire to learn and grow is neither restricted to my field of expertise nor to my current location.

After graduation I continue working as a freelance UX & visual designer for local and international projects. Not being restricted to my location took me to ZALORA Southeast Asia in Singapore for an UX/UI revision of internal applications including a workshop “UX & UI - bridging the distance between maker and user”.

For 2.5 years I was a working student 12h/week for TriMM, a full service company with nearly a hundred employees working for clients like Philips, KPN, NXP, Teijin and Solar Team Twente. Not only learning about the differences of German and Dutch mentalities and preferences in design I also got involved in application design including user experience.

Artez Institue of the Arts

Wanting to study all my life I applied for a bachelor study in the Netherlands. I chose for an autonomous education in media. Exploring my passion for photography and video I combined it to installations making the visual an experience. For my final project I focus on the conceptional side of media turning a website into a tool for social actions. My graduation is expected in summer 2014.

As freelancer I started working for different clients, learning about project management and business structures. DATEV has been my client since. Together with their in-house design department we designed the interfaces of their applications and created a rage of icons. Furthermore there was a variety of commissions for print designs like business stationery and flyers, as well as web design and social media customisation. I still run the business with a colleague part-time.

I stayed at the full service agency where I graduated in 2005, for 10 month working for clients like GRUNDIG INTERMEDIA, REMA TIP TOP, NETTO Marken-Discount and global concepts, before I decided to move on for a broader learning experience.

After graduating in 2002 from grammar school and returning from an Australian work & travel experience I started a school-based apprenticeship including internships at a printing shop, a company for outdoor advertising and an agency specialising in catalog design which I decided to switch to in 2005. I later got the chance to switch again to a full service agency combining print and web design.